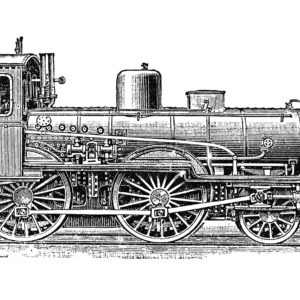 In 1846, under the impetus of the Berlin Railway Company, 10 German national authorities founded a Prussian railway association with the aim of streamlining their operations. The following year, the railways from the constituent territories of the German Confederation (44 German networks and four networks from the Austro-Hungarian Empire – including the future Yugoslavia
and a part of the Veneto – operating 5234 and 1630 kilometres of lines respectively), established a Union of German Railway Companies in Hamburg.  Subsequently, after the war of 1870- 71, the railways of the Netherlands and Luxembourg joined the Union which, in the lead-up to the First World War, also included the railways of Belgium, Russian Poland and Romania, making a total of 105 450 kilometres of lines.