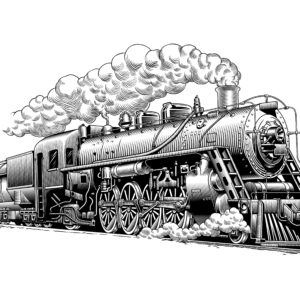 In 1875 the Federal Council – Switzerland’s government – took the initiative to invite the governments and railway administrations (public and private) of the European states to an international conference in Bern, Switzerland, in May-June 1878. This first conference was followed by two others in 1881 and 1886, also held in Bern.
It was the 4th international conference held in Bern in 1890 which, on 14 October, finally ratified the Convention concerning the International Carriage of Goods by Rail (CIM) which imposed a genuine supranational law in that area. Nine founding member states were signatories to the conventions when they entered into force in 1893.

Additionally, a Central Office for International Carriage by Rail (OCTI) was established in Bern, in charge of handling proposals to amend earlier conventions and convene revision conferences, acting as an arbitration tribunal responsible for handling disputes between railway companies, and disseminating all information and decisions on the enforcement of these conventions. The OCTI was superseded in 1985 by the Intergovernmental Organisation for International Carriage by Rail (OTIF), which remains to this day a key player in the development and adaptation of international rail transport law.