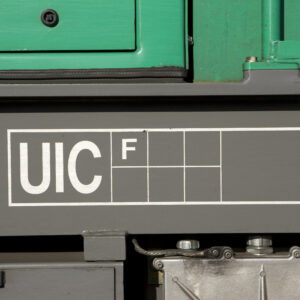 In 1876 an international union for the exchange of rolling stock was established in Brussels, which was responsible mainly for the repatriation of empty freight cars, the carriage of train parts, the repair of damage, and the payment of bonuses and insurance claims, etc. Members included the railways of Germany, Austro-Hungary, Belgium, France, the Netherlands and Switzerland, who were thus able to supply one another with valuable rolling stock. The system, however, remained a complicated one and so under the impetus of the Italian railways the International Wagon Regulations (RIV) and International Coach Regulations (RIC) were agreed in Stresa in 1921, operating on a principal of mutual use, payment in kind and financial charges.