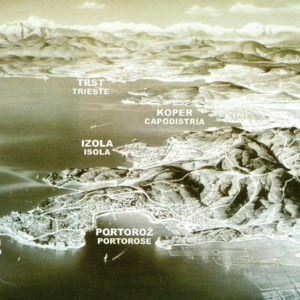 The conference of Portorose in Italy (now Portorož in Slovenia), which in late 1921 declared itself in favour of an “association” of railways, took place at a seaside resort in modern-day Slovenia in the aftermath of a war that saw the break-up of the Austro-Hungarian Empire and the creation of several states (some of which would later form Yugoslavia). The railways which had been established under the Empire fell under various national jurisdictions but technical cooperation remained as vital as ever.

It was thus on the shores of the Adriatic that delegates from the seven successor states of the Dual Monarchy (Austria, Hungary, Italy, Yugoslavia, Czechoslovakia, Serbia-Croatia-Slovenia and Romania, each of which inherited a portion of the former empire’s territory and thereby its railways), as well as representatives from the United Kingdom and France (the delegate Gaston Leverve was to become the first Secretary-General of UIC from 1922 to 1945) met from 15 October to 25 November 1921.

Their task, pending a general European convention, was to establish rules to facilitate the international carriage of passengers, luggage and goods between the new networks. The 13 articles unanimously adopted appreciably liberalised railway traffic: it was stipulated for example that large border railway stations were to be used by both countries, that freight trains could cross borders both during the day and at night, that direct passenger and wagon services would be operated, and that passenger checks would take place on board the train, etc. 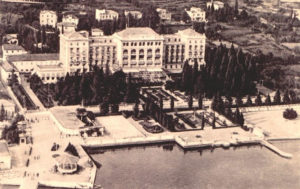