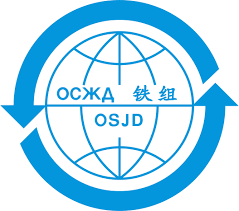 in 1956, under the impetus of the Soviet Union, the socialist countries created the Organization for Cooperation between
Railways (OSJD in Russian), headquartered in Warsaw. Most of the OSJD member railways (bar the USSR, North Vietnam, North Korea and Cuba, etc.) were also members of UIC; this was notably the case of all of OSJD’s European members. During the period of the iron curtain, the railways of Central and Eastern Europe – OSJD members – actively participated alongside the western railways in the work of practically all the UIC technical committees and sub-committees (which had taken over from the permanent committees). The OSJD continues to operate today with two levels of cooperation: that of the transport ministers and of the director-generals of railways.