1963 Tour of the building and member contributions 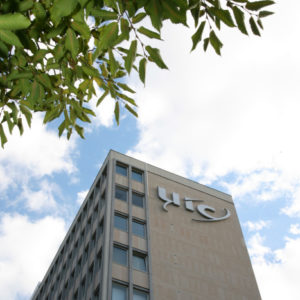 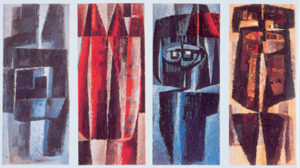 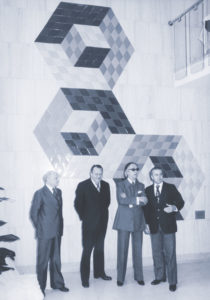 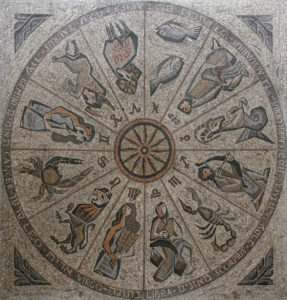 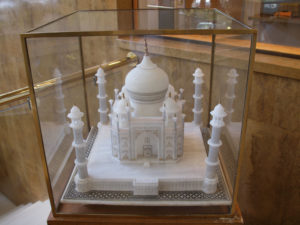 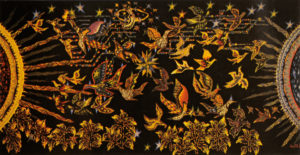 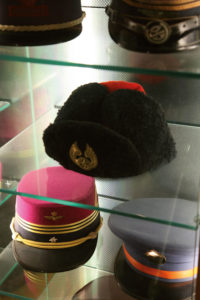 The current headquarters of the International Union of Railways (UIC), located at 16, rue Jean Rey in Paris’ 15th district, and near the Champs de Mars, was inaugurated in 1963. It is UIC’s third headquarters building, having previously been located at rue Bizet and rue de Prony. One particularly interesting initiative deserves a mention here: when the current headquarters was being built, the majority of the association’s member companies offered contributions in kind such as works of art, traditional objects from their countries, or other fittings later installed in meeting rooms or communal areas. These objects and gifts, some of which hold significant artistic value, add to the international feel noticed by visitors when entering the building.

Among these member donations, the following are particularly striking:
French Railways
Large Jean Lurçat wall hanging in one of the main groundfloor meeting rooms (known today as the “List” meeting room). The hanging illustrates the move away from steam to electric traction.

Railways of Greece and Italy
120 tonnes of raw marble (Greece) for the main entrance steps, entrance hall, and walls and pillars in the basement 200m_ of marble slabs (Italy) for the wall coverings in the entrance hall

Hungarian Railways
Large wall mosaic by Victor Vasarely in the UIC entrance hall, inaugurated in 1976 in the presence of the artist himself, wall hangings

Indian Railways
Beautiful miniature reproduction of the Taj Mahal on a carved silver plate, on display in the UIC entrance hall

During the inauguration of the UIC headquar ters in May 1963, the then Secretary-General Louis Armand acknowledged in his speech
the sentimental and symbolic worth of these various contributions:
“…but we’ve tried to give it some feeling, and since feelings should cost nothing, we’ve sim ply asked that contributions take the form of
gifts. All the beautiful objects you see in this building are gifts which, thanks to patient and ingenious designers, have been blended in such a way that coloured Czech glass lights up white Italian marble, Hungarian fabric matches the décor of the Belgian room and a Lurçat wall hanging brightens up the German room… A little feeling, a little heart and soul brings everyone together, and is another way of being productive.”