2009 UIC’s status as a single, global association is upheld by the new statutes 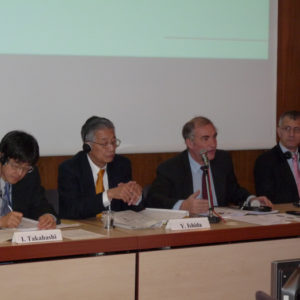 The new statutes dispel all the ambiguities which had led to the prior dysfunction. They uphold the (unique) global calling of UIC, thus ending the Europe/World dichotomy, and define clear rules of governance. The General Assembly, which brings together all 200 members, constitutes the singular governing body of UIC, and applies a weighted decision-making system reflecting member participation in the life of UIC. The Executive Board, still composed of 21 members with geographic representation, is an advisory body in charge of steering those of UIC’s activities with global scope. The new statutes also reinforce the role of UIC’s chief executive, the only director in charge of the association’s management.