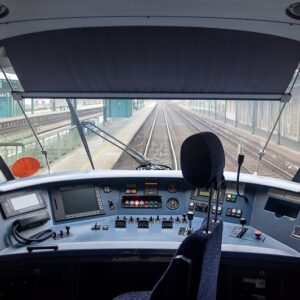 An online webinar, “Autonomous Technologies in Rail – Anticipating Expectations” was held on 9 June with over 400 registered participants, bringing together experts from four continents who shared their experience in research, development and implementation of autonomous railway systems for passengers and freight.

Participants were provided with an overview during the webinar of a large variety of potential use cases and current and future research topics:

The Rio Tinto Group presented the world’s first autonomous heavy haul train, AutoHaul®, whose performance encapsulates all of the advantages that automation can bring to freight: improved safety, increased speed from point to point and reduced cycle time. Furthermore, this project is supported by hundreds of engineers worldwide, highlighting the growing influence of automation and interest in dissemination webinars such as this one.

Chinese Railways, on the other hand, uses Automatic Train Operation (ATO) for its passenger trains. Compared with traditional manual driving, the ATO system benefits the passenger experience on all fronts with enhanced capacity, improved punctuality and comfort and optimised traction energy. Much like the aforementioned system, ATO reduces labour for the driver.

Both groups advocated for ATO as a safer, greener and more efficient technology with promising prospects thought to be unattainable a mere decade ago. However, automation still has a number of technical hurdles to overcome.

As promising as automation is, the technology is still being refined. The SNCF Autonomous Train Programme is fine-tuning varying levels of automation in four ongoing projects: signalling and obstacle detection, remote driving (TC-Rail), autonomous passenger trains and autonomous freight trains. Prototypes have brought to light a number of areas for improvement: an operational vision system, an adapted video link, further exploration of satellite technologies and remote panel testing.

RZD Holding noted similar issues with remote driving and focused on the multiple variables taken into account to avoid collisions: obstacle perception, track visibility, weather effects, lighting, glare, limited visibility areas, etc. It raised questions in relation to how to cover all possible visibility conditions, how to create a dataset with consistent labelling, and whether such data should be shared. RZD reached the conclusion that localisation and high-definition maps could resolve the issue. Nevertheless, some technical challenges remain, such as the amount of bandwidth required for the video feed.

What emerged from the discussion was that safety is the foremost priority for all participants and the main area for improvement in railway automation. Automation goes beyond the train itself, and includes infrastructure and cybersecurity in railway signalling.

The Association of American Railroads (AAR) explained that automation technology needs to make the transition by crossing the so-called “SRI bridge” (Strategic Research and Innovation). For automation to be fully implemented, technology transfer, technology implementation and regulatory support are required. The AAR is currently focusing on interoperable specification development.

According to Shift2Rail, ATO over ETCS is a mature solution whose full interoperability has been demonstrated, and can now be implemented. European railways are on track to achieve full automation by meeting the GoA4 requirements, or Unattended Train Operation (UTO), with pilot tests scheduled to start in January 2023.

The webinar highlighted the need for a systemic approach and acceleration of research in key areas such as railway automation.